If you use CTRL + TAB in Visual Studio 2010 today, you’ll get a dialog that looks something like the following: 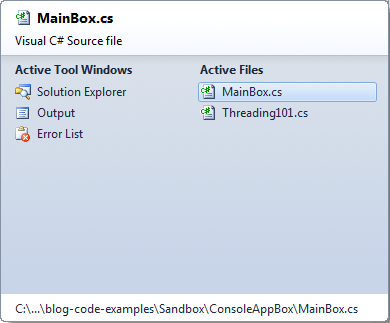 So in order to restore the thumbnail previews we will run this simple command from an elevated command prompt in Windows:

Now all you have to do is start up or restart Visual Studio 2010, get your documents open again, and then try to cycle through them. You should get a much more useful display like so: 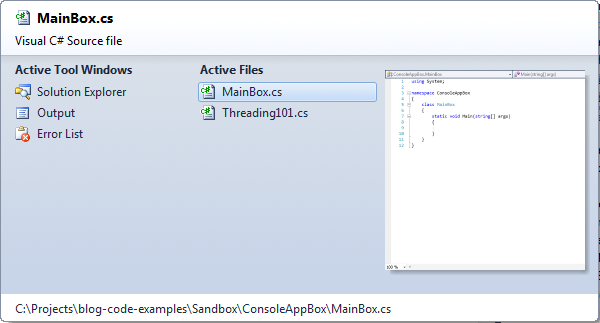